They Shoot Elephants Don't They? 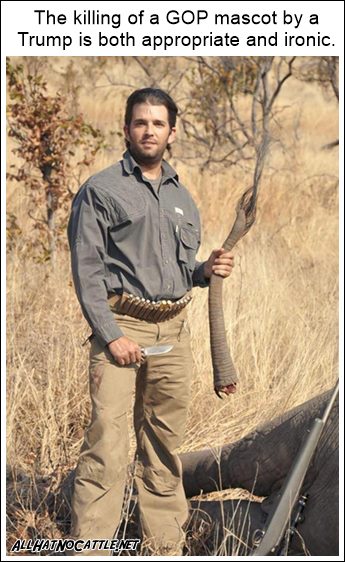 
Killing an elephant for a trophy is the gruesome act of a wealthy savage. 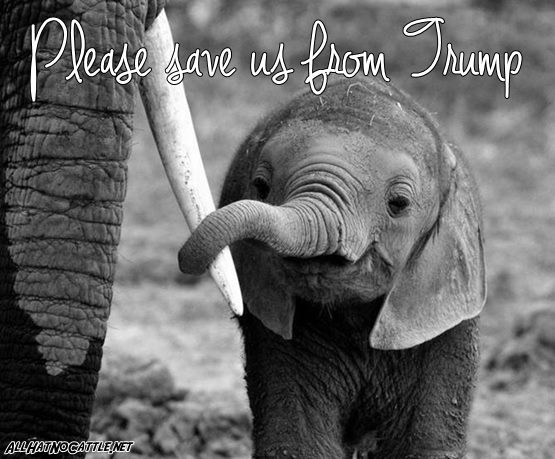 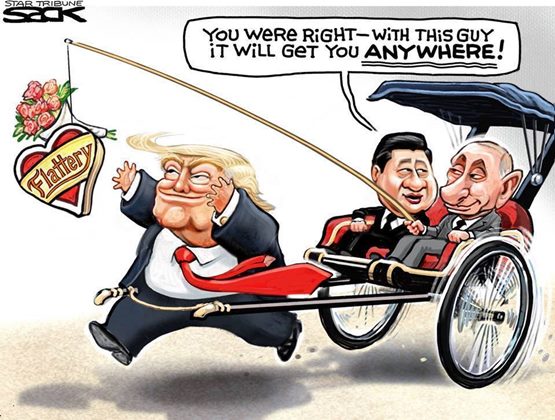 What Swamp Does Trump Find These Nominees? Geez Louise.
Brett Talley, the Alabama lawyer Donald Trump has nominated to be a federal district judge, is a 36-year-old ghosthunter who has never tried a case and who failed to disclose to the Senate that he is married to the chief of staff to the White House counsel. He also seems to have written 16,381 posts—more than 3½ per day—on the University of Alabama fan message board TideFans.com.


At one point Jeff Sessions regained his memory and said that the Trump campaign couldn’t collude with the Russians because it was a “form of chaos, every day from day one.” I believe him. That’s such a great alibi. “That campaign was such a turbulent crap storm, there’s no way we could’ve planned anything like that. We were far too disorganized to be evil.” - James Corden 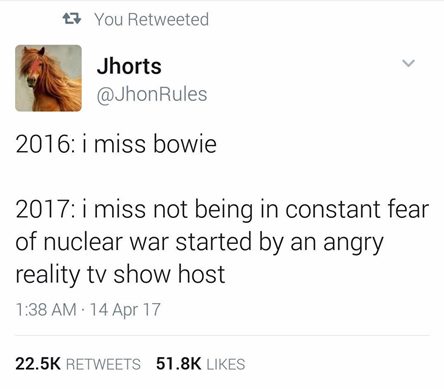 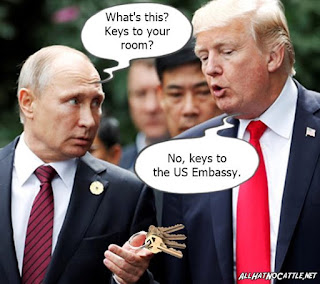 What Russia Ties? How About KGB Ties, In Writing.
The United States has awarded a contract to guard the U.S. embassy in Moscow to a company with KGB ties, The New York Times reports.
The State Department awarded the $2.8 million contract to Elite Security Holdings, a company co-founded by retired Russian general Viktor Budanov. 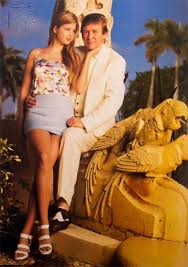 Ivanka Says Roy Moore Headed For Hades
Ivanka Trump spoke out for the first time against embattled Alabama Senate Republican candidate Roy Moore, who has been accused of pursuing sexual relationships with teenagers when he was in his early thirties. Her father, President Donald Trump, meanwhile, has largely stayed mum on the issue. 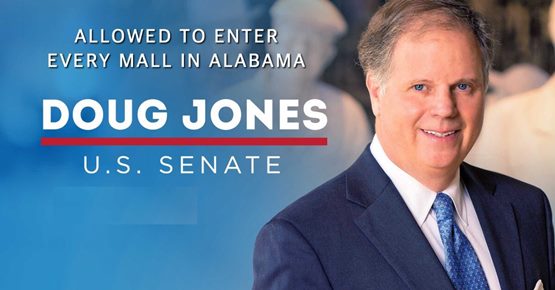 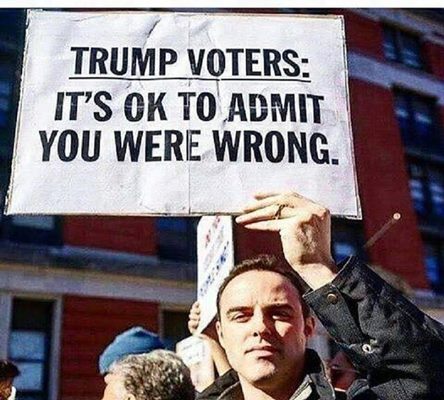 The whole Trump family looks like department store mannequins, except our beloved quarter pounder in chief.

Even though it's narrow in focus, the bipartisan gun control bill moving through the Senate is a good start and a sensible, fair compromise.
Which means there's no way in hell it'll ever fucking pass. - Erik Bransteen 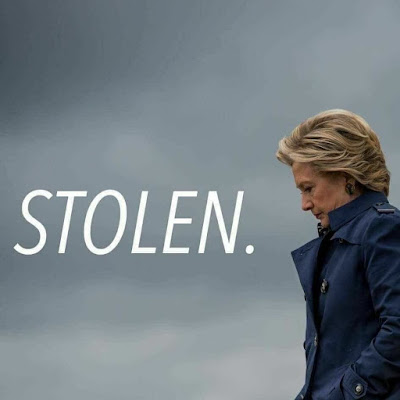 Hillary And Uranium One Allegations
Hillary Clinton responded on Wednesday to news that the Trump administration is considering appointing a special counsel to investigate her alleged ties to the Uranium One deal, calling the move “a disastrous step into politicizing the Justice Department” and “such an abuse of power.”

This Is The Type Of Garbage Voters See In Every Grocery Line In The USA. Real Fake News. 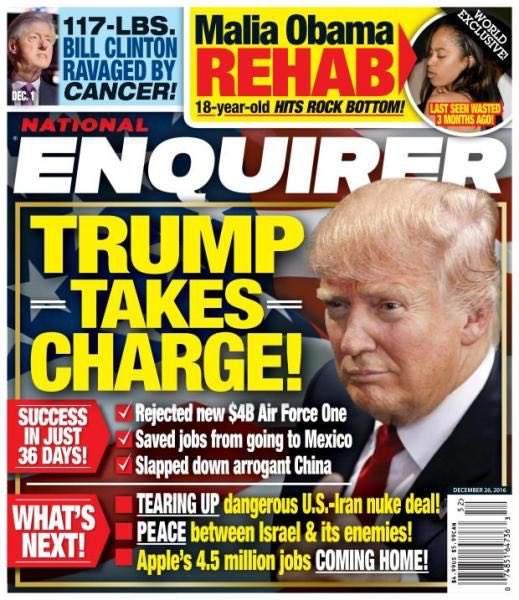 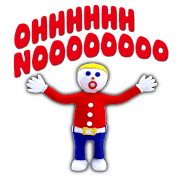 Not Al Franken! Yes, Al Franken. F**K! Shame On You!
Sen. Al Franken apologizes after woman alleges he groped her. Leeann Tweeden, a radio anchor for Los Angeles’ KABC, wrote Thursday that Franken's misconduct came while they toured the Middle East to entertain military personnel in 2006. After they returned from the trip, she discovered a picture of the senator groping her as she slept.


If Al Franken were to resign—and Tweeden's accusations seem highly credible— Minnesota Gov. Dayton (D) would appoint an interim replacement.
Then there'd be a special election as part of next's November midterms to fill out the remainder of Franken's term, which ends in 2020. - Nate Silver, Pollster 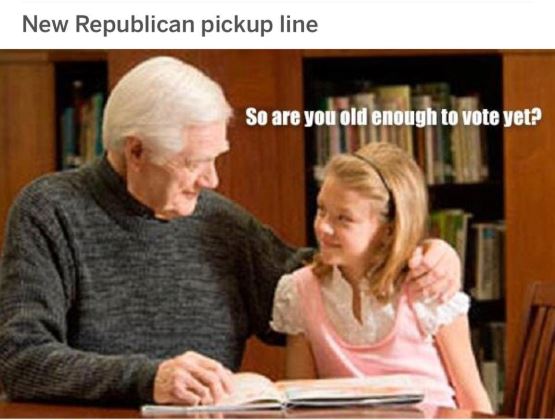 
Imagine taking more than $300 billion from older and sicker people who need health insurance, and giving that $300 billion to big corporations and wealthy people as a tax cut. That's the GOP plan. - Robert Reich 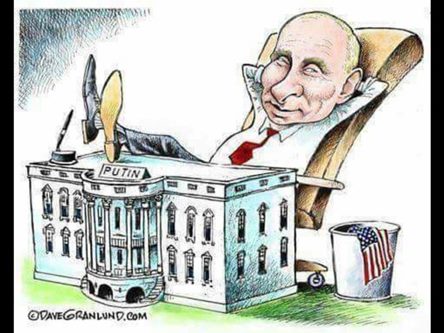 Twitter Unverifies White Nationalists, Except For Trump
Richard Spencer and other prominent white nationalists have lost their official verifications on Twitter — meaning the blue check marks next to their names are gone.

This year, instead of pardoning a turkey, Trump is going to round up every turkey Obama ever pardoned and kill them on live TV. - OhNoSheTwitnt 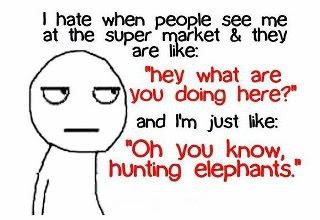 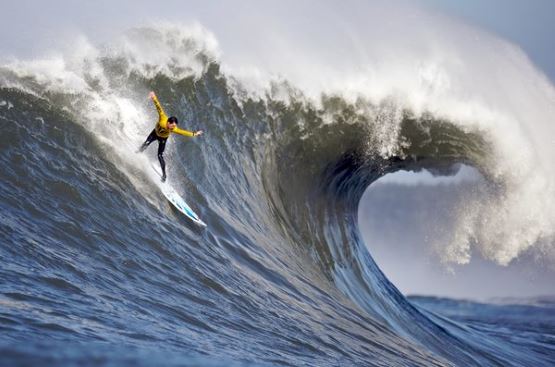