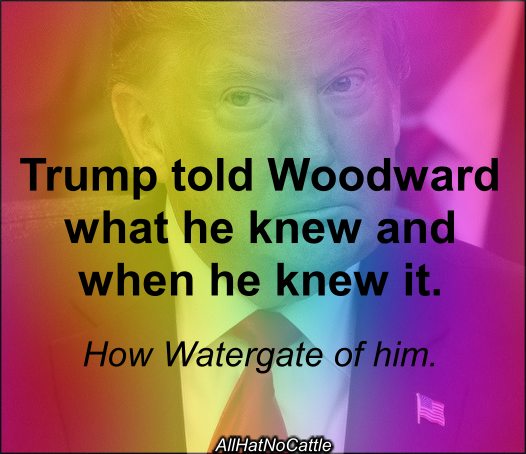 Trump Goes After ‘Rapidly Fading’ Bob Woodward for ‘Boring Book’ He Did 18 Interviews For
Several excerpts from Bob Woodward’s upcoming book have dropped and already President Donald Trump is going after him for it.
Trump categorized it on Twitter Wednesday night as the latest attack on him after “Fake stories and investigations,” the “Russia HOAX,” “the failed impeachment,” and the Atlantic’s “MADE UP STORY.”


I don’t think a true stable genius of a president would grant 18 interviews to the guy who took down Nixon. - George Takei 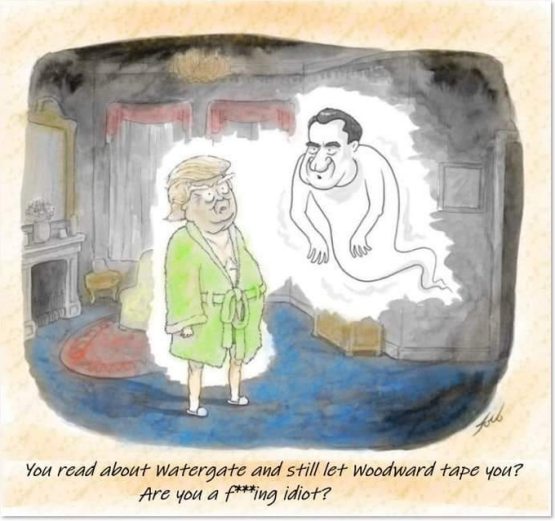 Trump: I didn't want to cause a panic.

Also Trump: CARAVAN! ANTIFA! CITIES ARE WAR ZONES! THEY WANT TO TAKE YOUR GUNS! NO MORE CHRISTMAS! ILLEGALS ARE VOTING IN THE MILLIONS! CHINA! DEEP STATE!

We have the most Covid cases and deaths in the world for one reason:  TRUMP LIED! - Danny Zuker 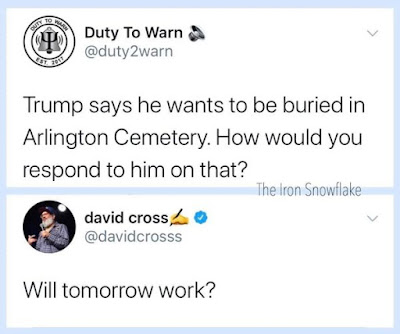 Protect The Whistleblowers!
A Department of Homeland Security official said in a whistleblower complaint that he was instructed to stop reporting on Russian threats to U.S. election security because it made President Trump look bad. 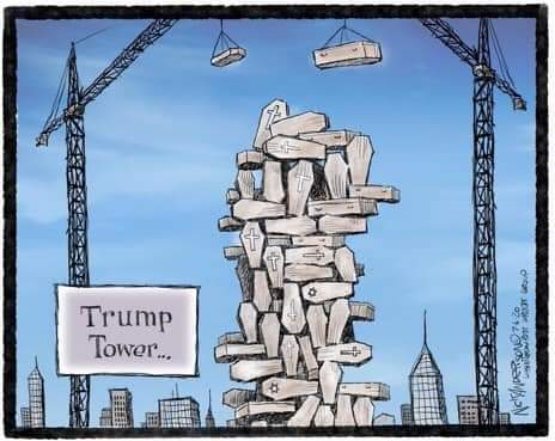 I think my favorite bit in the Woodward stories so far is the part where Jared Kushner dumps on ex Trump advisers as "overconfident idiots...' - Susan Glasser 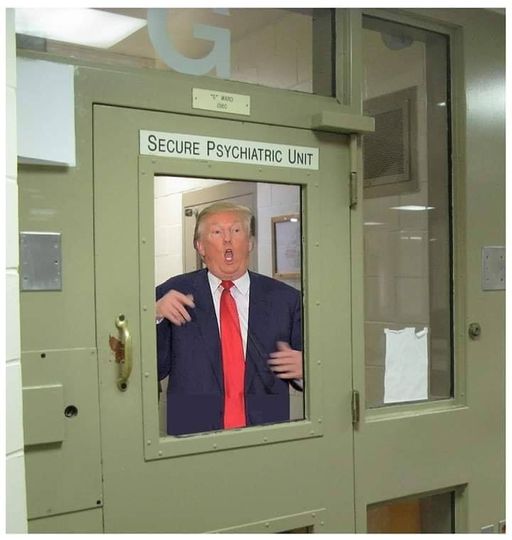 Biden Should Seize A Trump Tower To Imprison All The President's Men & Women
When Seema Verma, the Trump administration's top Medicaid official, went to a reporter's home in November 2018 for a "Girl's Night" thrown in her honor, taxpayers footed the bill to organize the event: $2,933.
When Verma wrote an op-ed on Fox News' website that fall, touting President Donald Trump's changes to Obamacare, taxpayers got charged for one consultant's price to place it: $977. 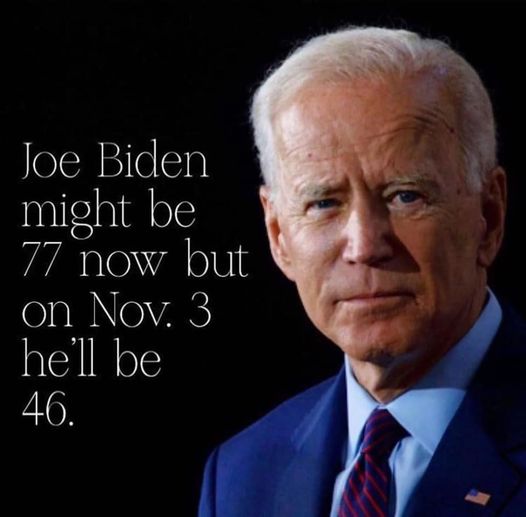 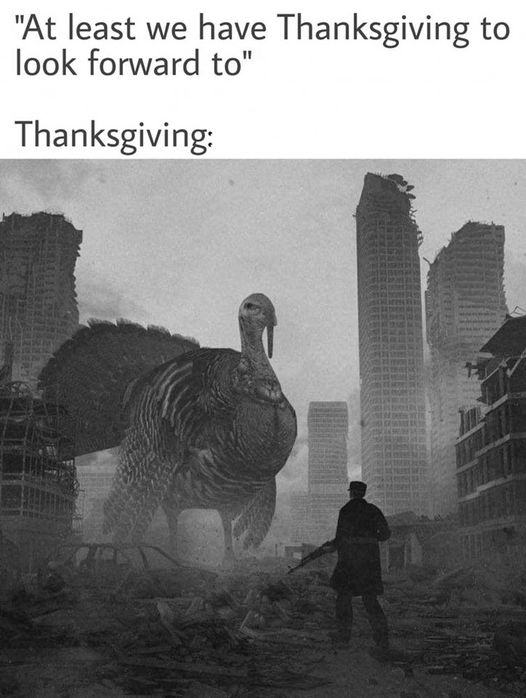 My husband began his day with an appointment for a MRI, scheduled because nearly two months after COVID, he still awakes with debilitating headaches.  This pandemic was purposely downplayed and nearly 190k lives have been lost and countless others are suffering the consequences. - Keisha Lance Bottoms, Mayor of Atlanta 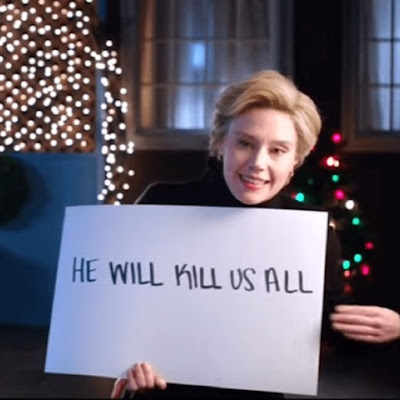 Democrat In Name Only, Joe Lieberman endorses Susan Collins: "I'm a lifelong Democrat but I put my country first."

So Did Trump Send Rudy Giuliani To Set Up Ukraine For Putin?  Jesus. The US Treasury Put Up A Roadblock.
US Treasury has just added Ukrainian mp Andrii Derkach to its Specially Designated Nationals list for efforts related to foreign election interference, along with several Russian nationals. This is the initial step for imposition of sanctions
Side Note: Andriy Derkach went to FSB Academy, is referred to as “Ukrainian Putin” & his Dad Leonid is a KGB officer who was involved in the brutal gruesome murder of anti corruption journalist Georgiy Gongadze. Giuliani should be jailed for conspiring with Russian intel against the US. 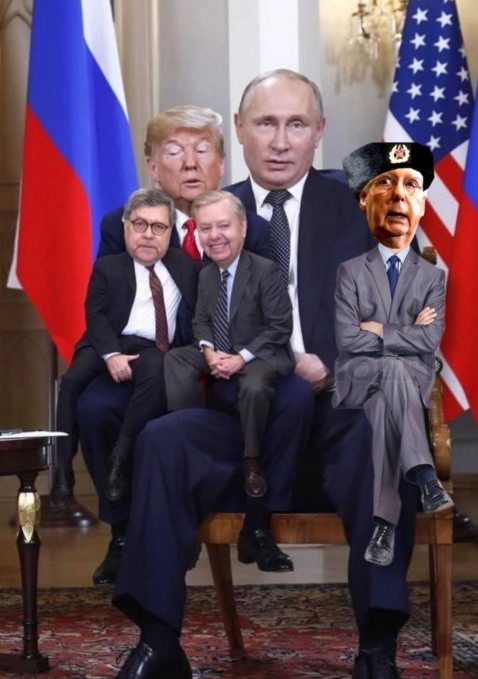 Only three newspapers in America have called upon the President to resign. In 1998, more than one hundred called on Bill Clinton to resign.  Where is the courage on the editorial pages right now or were Clinton's sins more damaging to the country than Donald Trump. - Joe Lockhart 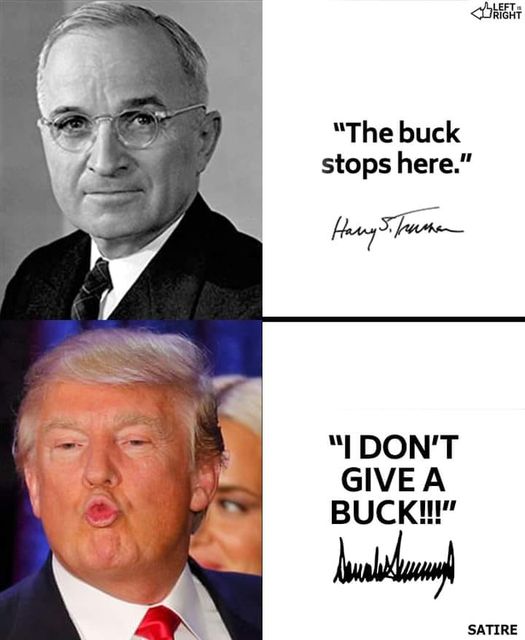 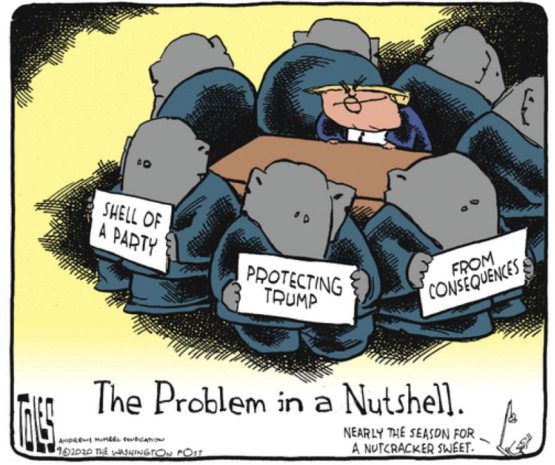 Ivanka Will Get Vaccine on The View!
President Trump’s daughter and adviser, Ivanka Trump, vowed on Thursday to take the coronavirus vaccine on “The View” after a challenge from co-host Joy Behar.


Love him or hate him you’ve got to admit Trump would look great being carried off by a pterodactyl, never to be seen again. - Martha Kelly

My friend, Evan sent this to me this morning and kicked off a great birthday! Thank you Evan!


35 years ago today I saw Bruce Springsteen at the Miami Orange Bowl. It was beyond thrilling. He reminded us of our Vietnam Vets with this song. I was so proud to be an American then.