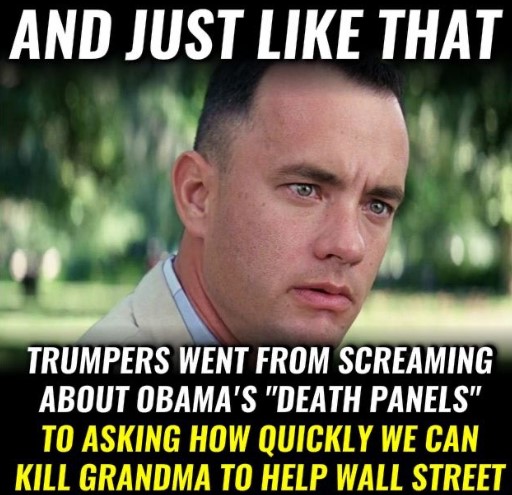 Texas Lt. Gov. Dan Patrick suggests he, other seniors willing to die to get economy going again
“Those of us who are 70 plus, we’ll take care of ourselves. But don’t sacrifice the country,” Patrick told Tucker Carlson.


Man, killing grandma is not the reelection strategy that I imagined.  - Dan Walz 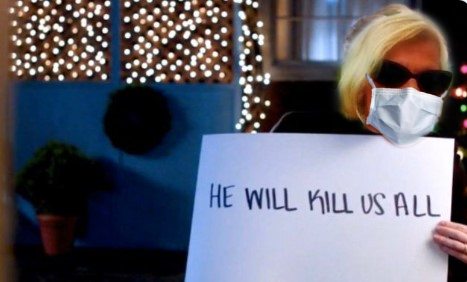 Please do not take medical advice from a man who looked directly at a solar eclipse. - Hillary Clinton 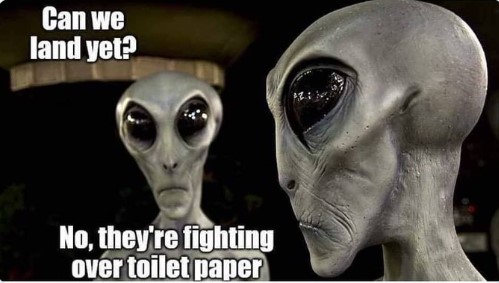 Trump Is Doing This On Purpose. Despicable.
New York Gov. Cuomo called on President Donald Trump to use the Defense Protection Act to secure more medical equipment. The Federal Emergency Management Agency is sending the state 400 ventilators, Cuomo said.
“Four hundred ventilators? I need 30,000 ventilators. You want a pat on the back for sending 400 ventilators?” Cuomo said, adding that he needs the ventilators in 14 days.


Imagine if Trump used his Twitter platform to thank health care workers each morning, rather than whining about the media. - Roland Scahill 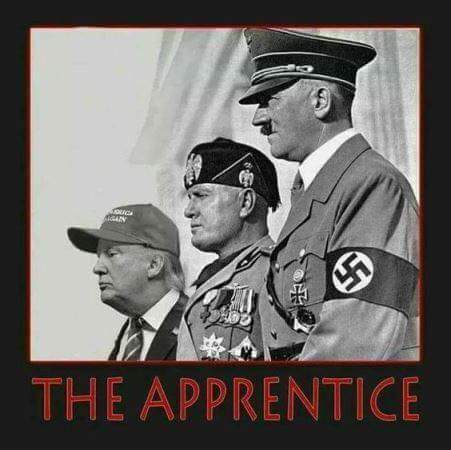 Remember when George W Bush got notified about 9/11 and just kept on reading a children’s book aloud like nothing had happened and we thought that no president could ever be dumber? My point is, at least George W Bush could fucking read. - OhNoSheTwitnt 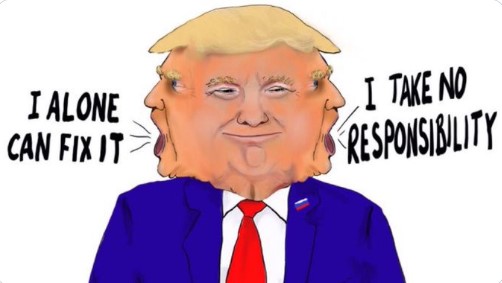 Coronavirus Lands In Guantanamo
A U.S. Navy sailor stationed at Guantanamo Bay has tested positive for coronavirus in the first confirmed case at the base known for its detention center.
A statement from the base said the sailor is isolated and “currently undergoing evaluation and treatment.” Officials are also in the process of tracing the sailor’s contacts.


My son said watching Trump do a press conference is like watching the kid who didn’t read the book give his book report. - Treat Williams 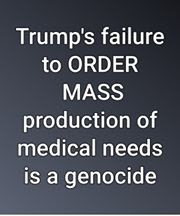 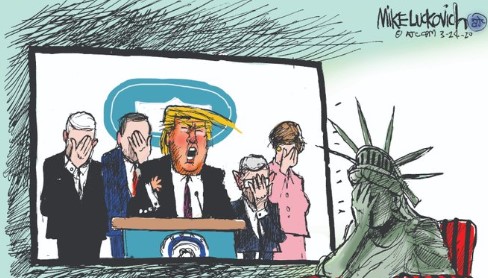 Gov. Cuomo Is Desperate. Crickets From The White House.
The price of the coronavirus’ unfold by means of New York Condition is accelerating like a “bullet educate,” Gov. Andrew Cuomo said Tuesday, as the variety of verified cases eclipsed 25,000.
“The charge of new infections is doubling about each a few days,” reported Cuomo in a press briefing at Manhattan’s Javits Heart, at this time becoming transformed to a 2,000-bed clinic complex. 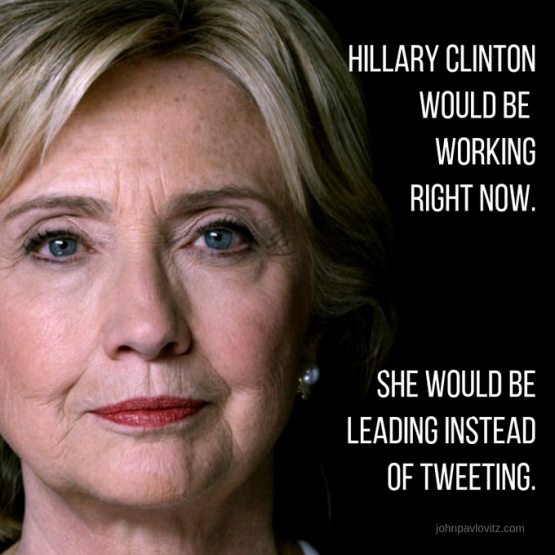 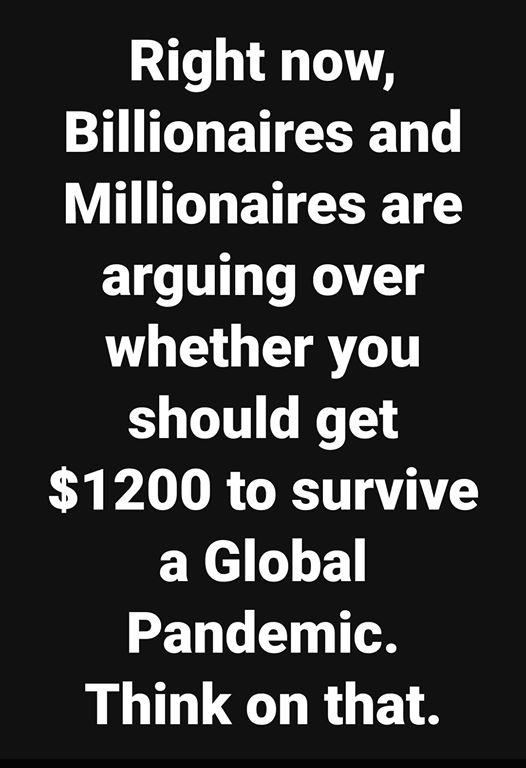 Imagine a 75 yo in Texas, flipping on their favorite FOX News, and finding out that the new plan is for you to die. - Michael Matthew 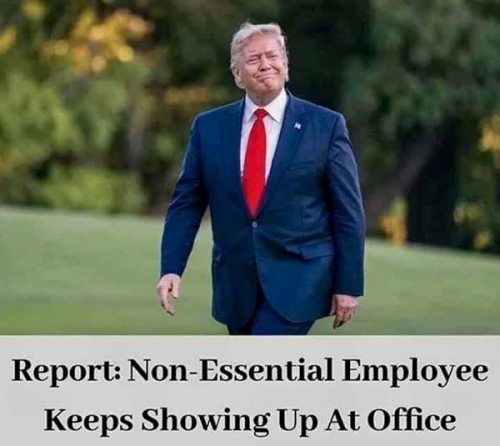 Speaker Pelosi Is Optimistic A Deal Will Be Reached. I Hope She's Right.
House Speaker Nancy Pelosi sounded a hopeful tone Tuesday about Republicans and Democrats striking an agreement on a staggering stimulus package to blunt the economic damage from the coronavirus pandemic.
“I think there is real optimism that we could get something done in the next few hours,” Pelosi told CNBC’s Jim Cramer in a phone interview on “Squawk on the Street” as Senate Republicans and Democrats moved closer to a deal.

We will not put a dollar figure on human life.

We can have a public health strategy that is consistent with an economic one.

No one should be talking about social darwinism for the sake of the stock market. - NY Governor Andrew Cuomo who would make a helluva president 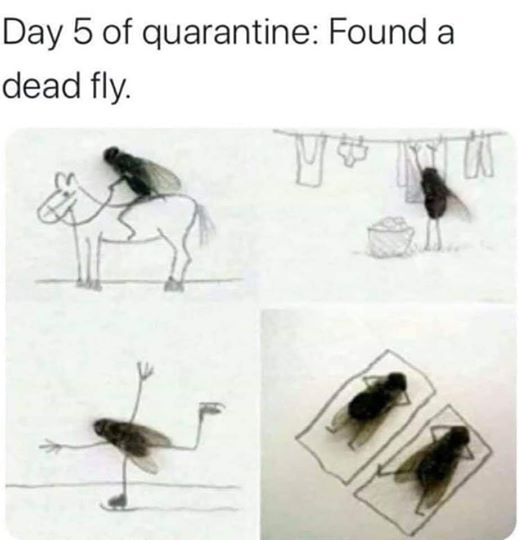