Trump is creating a military within the military of white supremacists, who are loyal to him, not the Constitution 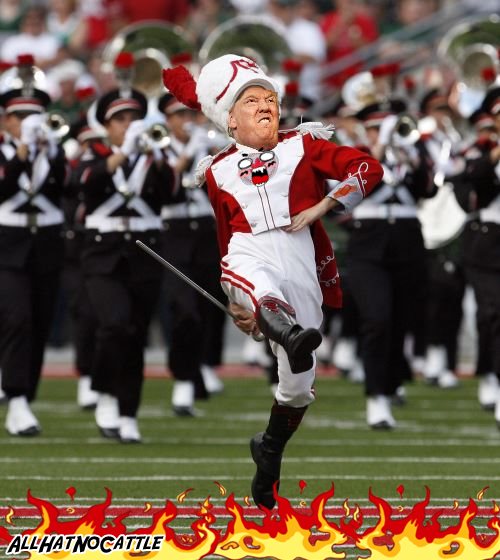 Trump Tells Allies He Wants Absolved War Criminals to Campaign for Him
If Donald Trump gets his wish, he’ll soon take the three convicted or accused war criminals he spared from consequence on the road as special guests in his re-election campaign, according to two sources who have heard Trump discuss their potential roles for the 2020 effort.


I'm expecting Erik Prince to be elevated to a 4 Star General any day now.

I see that the president of the United States of America is going to put the disgraced sailor on his re-election team. I guess he’ll pull William Calley out from the rock he now lives under. Will he bring the whole crew from Abu Ghraib, or just the officers? My only hope is that he won’t put them all on a reviewing stand and make the honorable men and women I know who are in the uniform of our country march by and salute them. - Jimmie von Tungeln 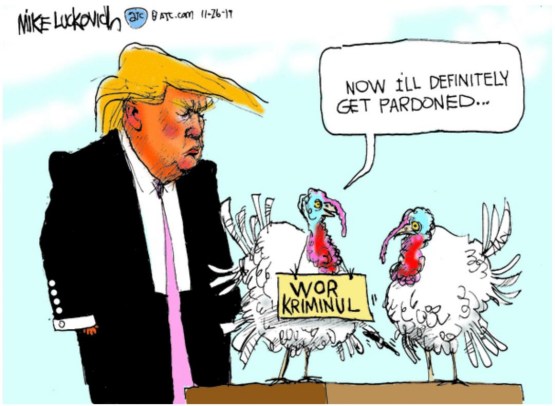 I want Trump to stand trial. But before that, I want him to perform the military service he deferred in 1968. - Andy Borowitz


Sen. Kennedy Backtracks on Ukraine
Sen. John N. Kennedy (R-La.) walked back on a comment he made Sunday supporting the debunked theory that Ukraine hacked the Democratic National Committee's emails in 2016.
"I was wrong," Kennedy said Monday night on CNN. "The only evidence I have, and I think it's overwhelming, is that it was Russia to tried to hack the DNC computer." 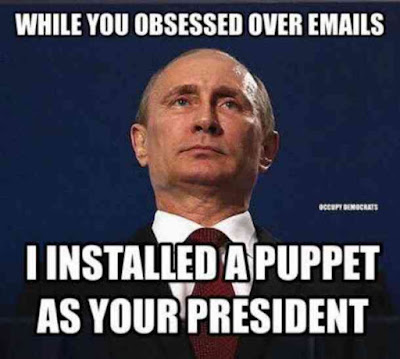 In Major Shakeup, One Of The Voices in Giuliani's Head Resigns. - Andy Borowitz 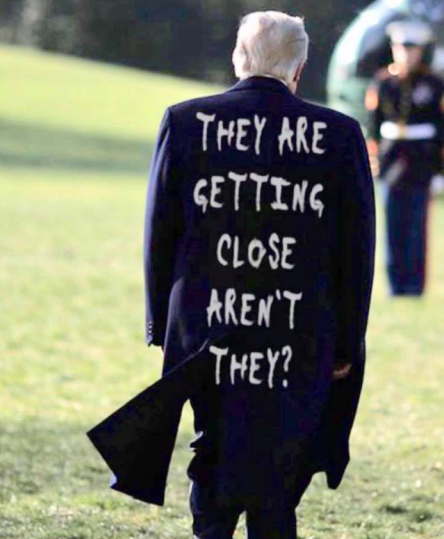 "But Her Emails" Karma?
Thanks to a blunder, the Texas Republican Party’s 2020 election strategy has ended up in the hands of Texas Democrats, according to the The Dallas Morning News.
The document, titled “Primary/General Election 2020 [Draft],” began showing up in Democratic emails this Monday and included a list 12 statehouse districts that the GOP is targeting in 2020.


Oh please. Donald Trump is not “The Chosen One.” Does anyone think God is that stupid? Rick Perry, I guess, but any omniscient creator would never choose a bloviating, mendacious egomaniac who devours fast food and spews lies as our savior. That is, unless He truly despises us. - George Takei 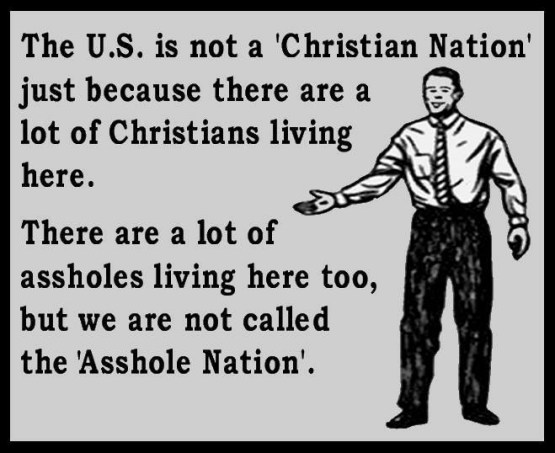 Trump today wondered why the 100th anniversary of woman’s suffrage wasn’t celebrated “a long time ago.” He then congratulated himself for getting it done.

Trump is not well. - Travis Allen 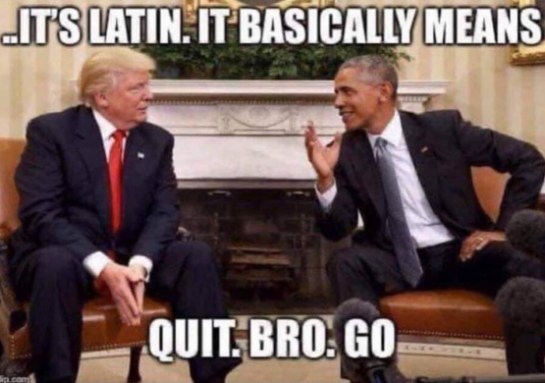 When All Else Fails, Sue!
The House Oversight Committee is suing Attorney General William Barr and Commerce Secretary Wilbur Ross to enforce a subpoena for documents related to the 2020 Census — an indication that Democrats believe their hand against Trump administration stonewalling has been strengthened by recent court decisions. 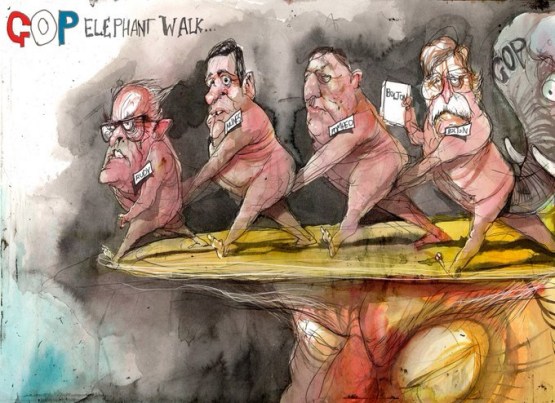 
Schiff should subpoena Conan the Dog. Something tells me he’ll roll over. - Stephen Colbert 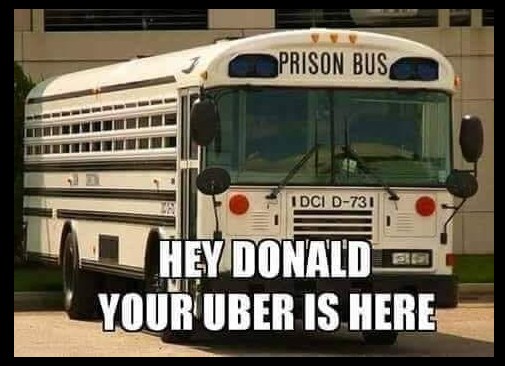 How about arresting Trump before Thanksgiving, and then having a turkey deny him a pardon? - Jesse Lifson 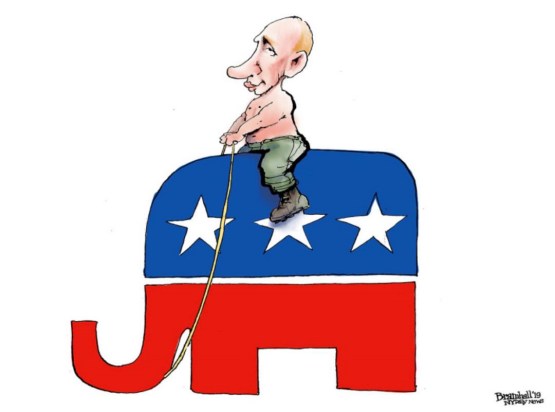 No, I Won't Make a Pecker Joke.
David Pecker, the head of the company that publishes the National Enquirer, has spoken with prosecutors with the New York district attorney's office as part of its investigation into the Trump Organization's handling of hush money payments to women who alleged affairs with President Donald Trump, sources with knowledge of the meeting tell CNN.


Thanksgiving remains one of my favorite holidays: the mild autumn weather, the elaborate meal, the family gathering, the long weekend with the kids, the people yelling at me that not wanting to confront loved ones over health care policy reflects thoughtless privilege, the gravy. - Popehat tweet 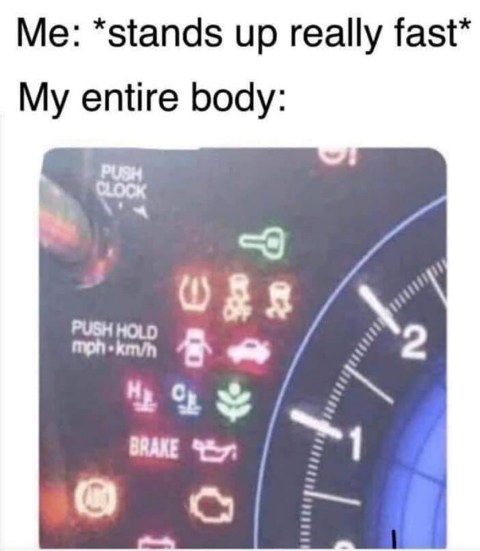