Will there be a Gerald Ford redux? 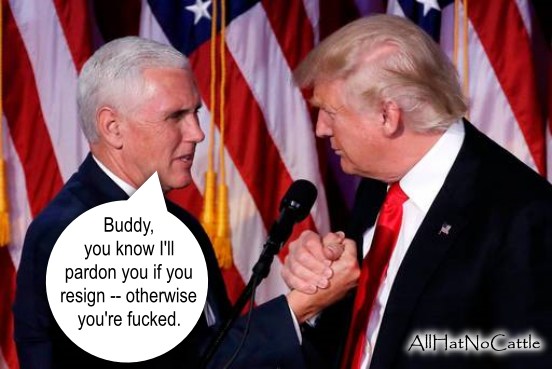 Senate GOP vows to quash impeachment articles
Senate Republicans are vowing to quickly quash any articles of impeachment that pass the House and warn that Democrats will feel a political backlash if they go forward and impeach President Trump.
Republican senators say there are no grounds to impeach Trump and are daring Speaker Nancy Pelosi (D-Calif.) to embark on what they dismiss as a fool’s errand that will turn off swing voters.

I hope the whistleblower has a small army of bodyguards. 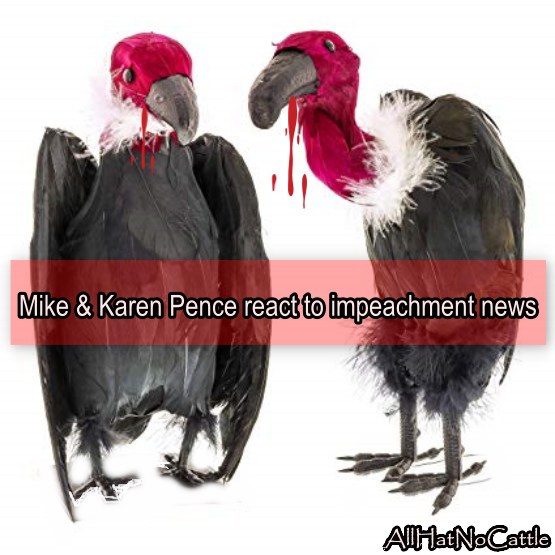 The president of the United States has betrayed our country.
That’s not a political statement—it’s a harsh reality, and we must act.
He is a clear and present danger to the things that keep us strong and free.
I support impeachment. - Hillary Clinton 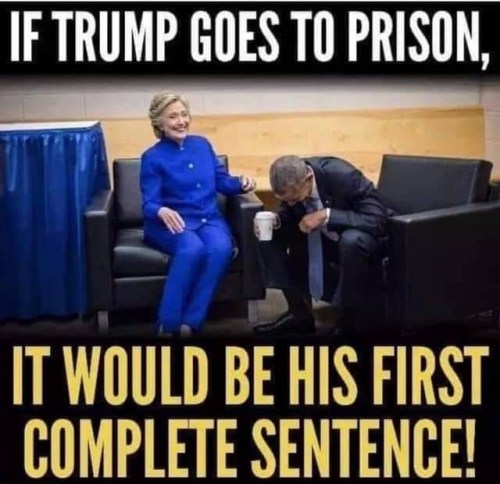 
So if I'm reading this right, it appears Giuliani fed Trump some absolutely bonkers Biden/Ukraine conspiracy theory and Trump just ran with it and now he's going to get impeached. 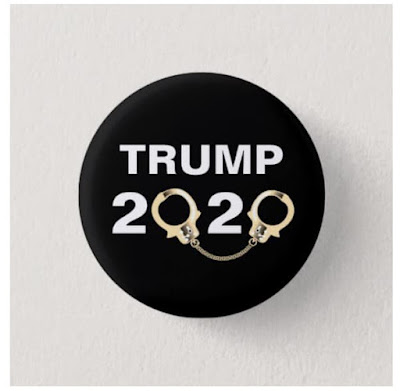 I Wonder if Giuliani Will Exit Gracefully. Haha, I made a Joke.
Officials inside the Trump administration are laying President Donald Trump’s perilous political future at the feet of his personal lawyer, Rudy Giuliani, who they say conducted a disastrous shadow foreign policy when it came to Ukraine: “Rudy — he did all this…This shitshow that we’re in — it’s him injecting himself in the process.” 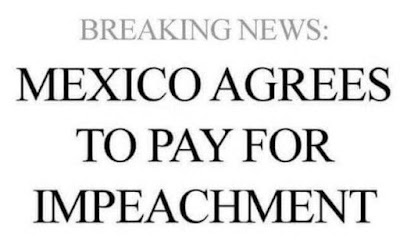 Study: Millions of Taxpayer Dollars Could Be Saved By Impeaching Pence At Same Time. - Andy Borowitz 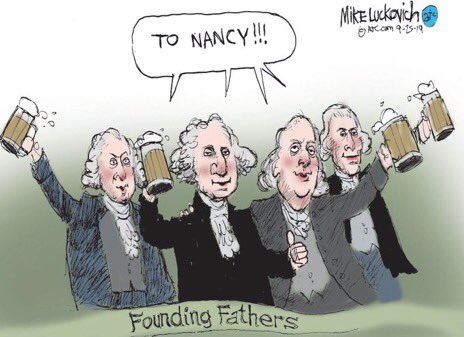 Trump's on a Losing Streak
The U.S. Senate on Wednesday voted for a second time to terminate the national emergency on the southern border that President Donald Trump declared in February, a measure that almost certainly would face a veto if it reaches Trump’s desk.

I feel like a smoking gun just fell out of Trump’s yoga pants. - The Hoarse Whisperer 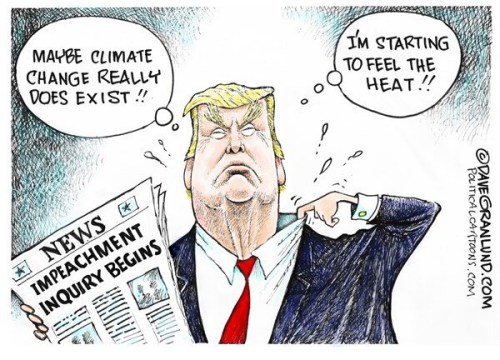 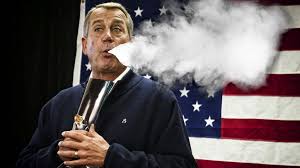 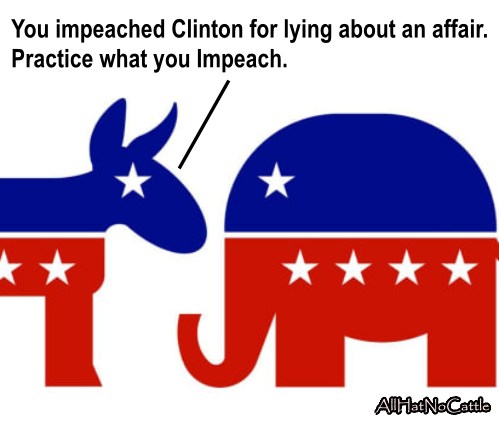 The key difference between the Trump impeachment and the Clinton impeachment is that Trump has been screwing the entire country. - Andy Borowitz 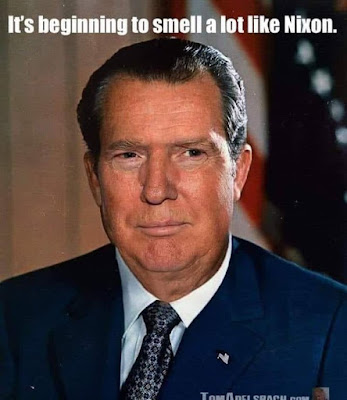 Boris Johnson Relieved That He Is Not Most F-cked World Leader Right Now. - Andy Borowitz 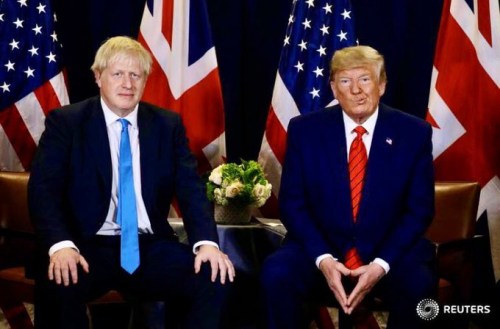 Congrats to the entire Trump administration on somehow managing to be ever dumber than they are evil.- OhNoSheTwint 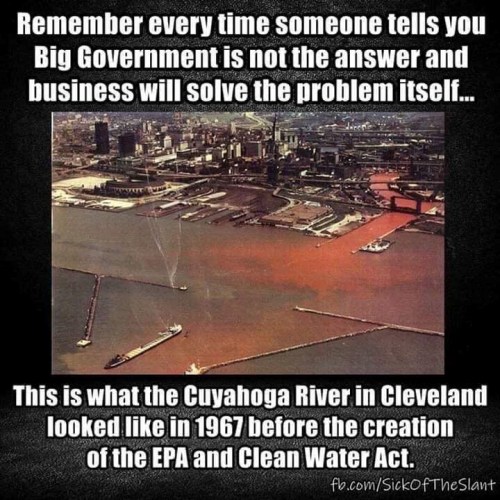 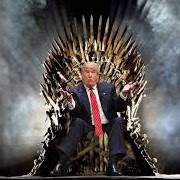 China Throws Shade at Trump
China's top diplomat hit back at U.S. criticism of its trade and development model on Tuesday, saying Beijing had no intention to "play the Game of Thrones on the world stage" but warned Washington to respect its sovereignty, including in Hong Kong. 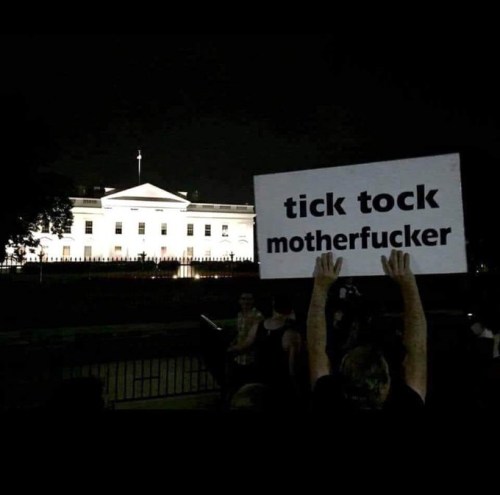 One of the Many Reasons I 💗 Costa Rica
The United Nations has selected Costa Rica as its 2019 Champions of the Earth award for policy leadership, the organization announced Friday.
Citing Costa Rica’s plan to decarbonize its economy by 2050, the UN says the Central American country “sets an example for the region and for the world.” 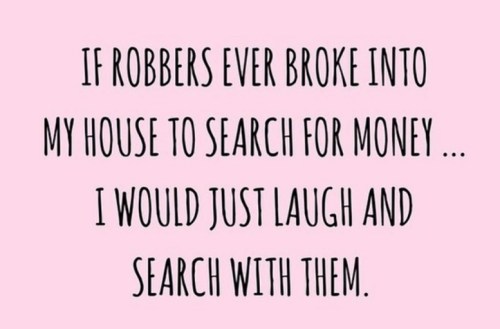 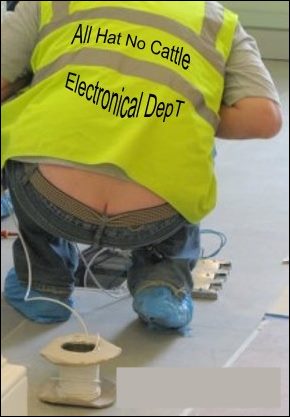