How to remove Trump in three easy steps 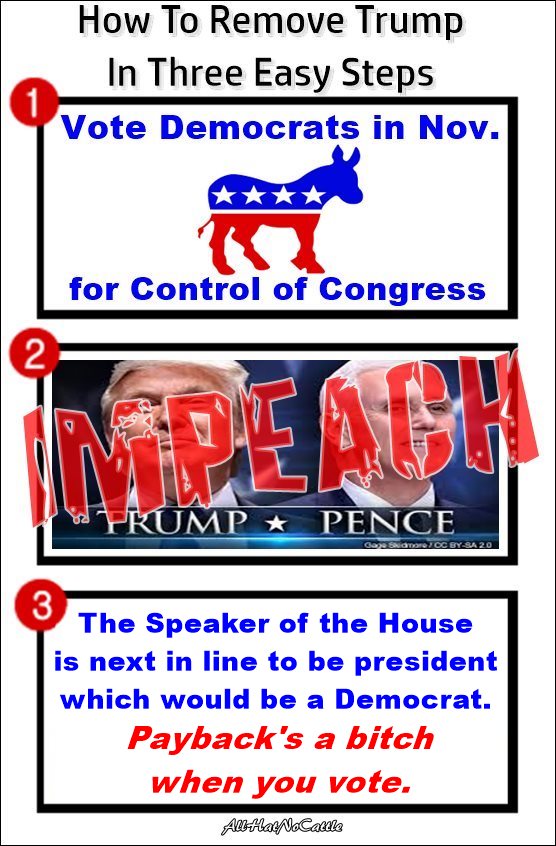 Rudy Giuliani joins Trump legal team, hopes to end Russia probe in ‘a week or two’
Rudy Giuliani said Thursday that he will join President Trump’s legal team and hopes to bring an end to the special counsel’s investigation into Russian election meddling in “a week or two.”


The interesting part of the qualification for Speaker of the House, is you do not have to be an elected member of Congress. The Democrats could elect any American they want to be Speaker. They could return a stolen election to its rightful owner by following the Constitution, if they are brave enough. 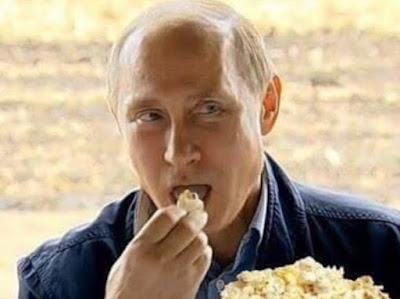 The Nikki Haley story reminds me of the folk tale about the mountaineer who took in a pet rattlesnake that would coil up and sit in his lap in front of the fire at night. When the snake finally bit him, the dying man asked, “Why?”
“Well,” the answer came, I am a rattlesnake after all. You knew that.” - Jimmie von Tungeln 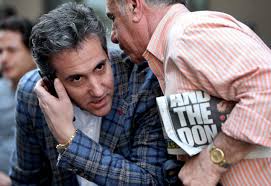 My My My. Michael Cohen Drops Libel Suits About The Dossier
Embattled attorney Michael Cohen has dropped a pair of much-touted libel suits against BuzzFeed and the private investigation firm Fusion GPS over publication of the so-called dossier detailing alleged ties between President Donald Trump and Russia.

Once again, President Trump has referred to Mar-a-Lago as "the Southern White House." Of course, when Trump refers to the actual White House, he refers to it as "the Western Kremlin."- Conan O'Brien 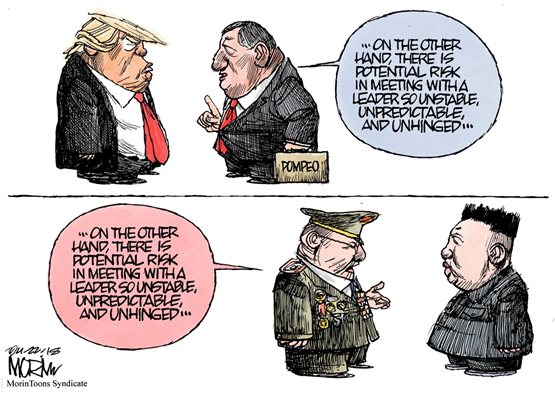 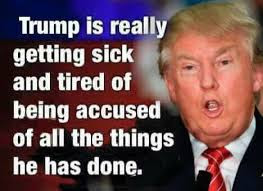 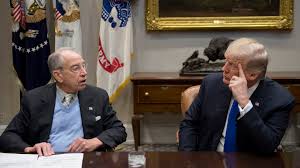 I Love To Wake Up In The Morning To Republican Infighting
Sen. Chuck Grassley (R-Iowa) on Thursday defended his decision to move legislation protecting special counsel Robert Mueller despite Majority Leader Mitch McConnell's (R-Ky.) opposition.
"Obviously, the majority leader's views are important to consider, but they do not govern what happens here in the Judiciary Committee,"...


Trump and Melania had dinner with Japan’s Prime Minister Shinzo Abe and his wife. There was an awkward moment when Trump kept yelling at the waiter, "This sushi is raw! Send it back!" - Jimmy Fallon 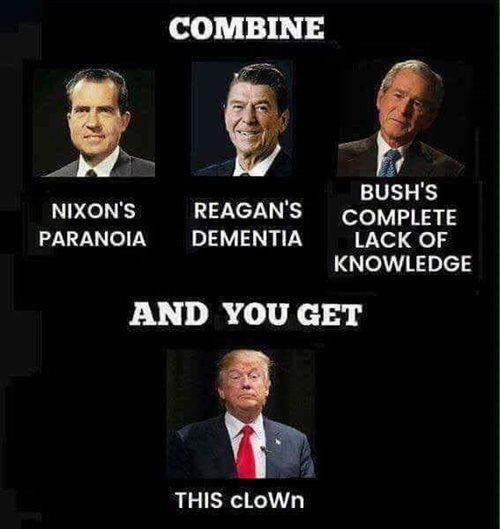 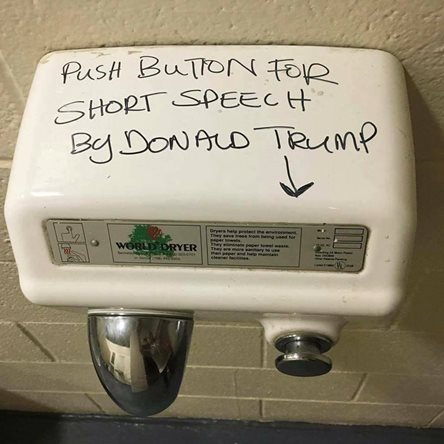 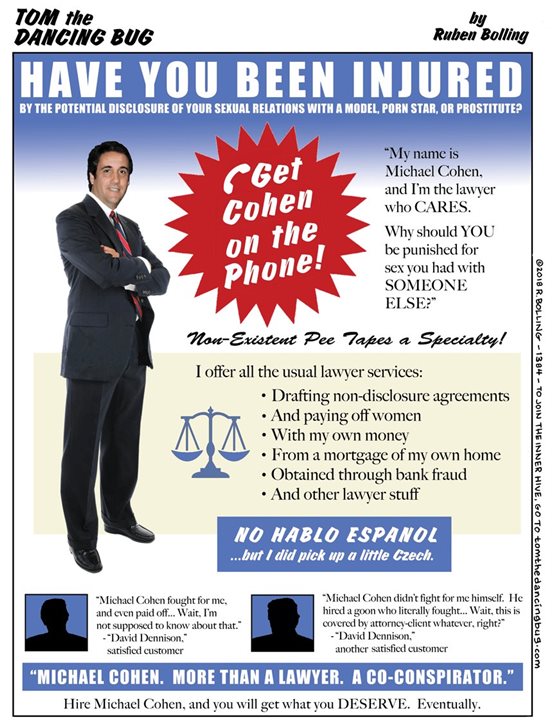 Republicans in Congress are urging the FBI to launch an investigation into Hillary Clinton. Man, Hillary Clinton – what did she do over two years ago NOW?- Conan O'Brien 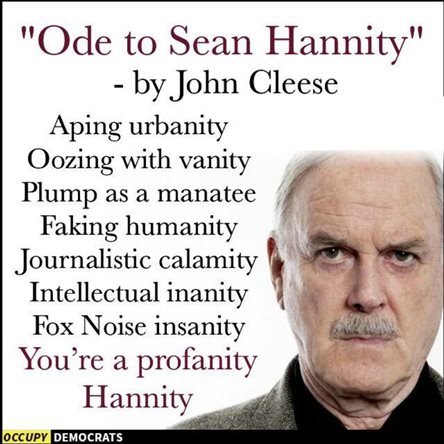 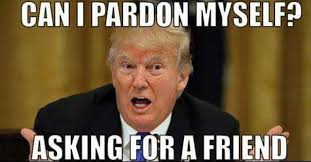 Trump Vendetta #2,779,022 Or Is McCabe Guilty?
The Department of Justice Office of the Inspector General on Thursday sent the United States Attorney for the District of Columbia a criminal referral regarding former deputy FBI director Andrew McCabe 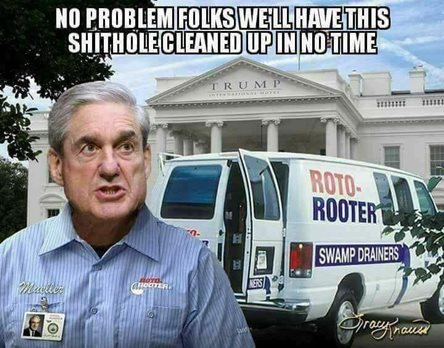 The Kremlin bestowed its highest honor on Trump after he refused to impose sanctions on Russia. - Andy Borowitz 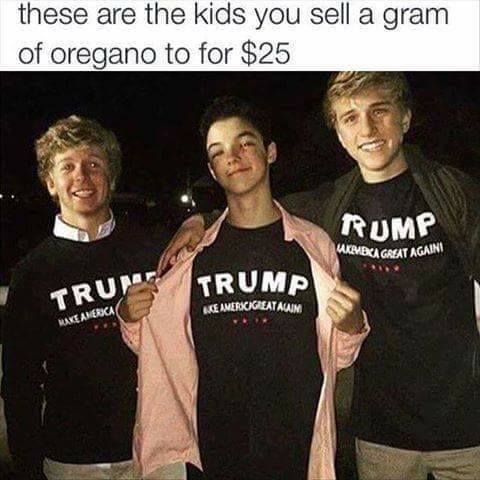 Lawyers Are Starting Their Engines
Despite the praise Southwest Airlines is drawing from passengers for the valiant efforts of its crew during the deadly ordeal of Flight 1380, the airline still likely faces tens of millions of dollars in legal damages from those on board, experts say.


Before Instagram there were no options for desperate Americans who needed pics of what someone else got at Starbucks. - John Fugelsang

Where are you Spring? 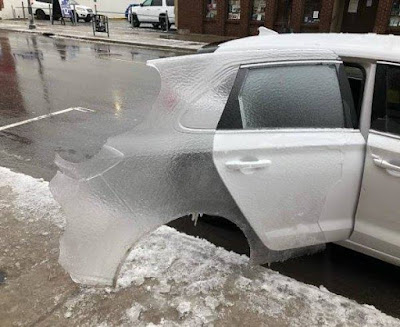