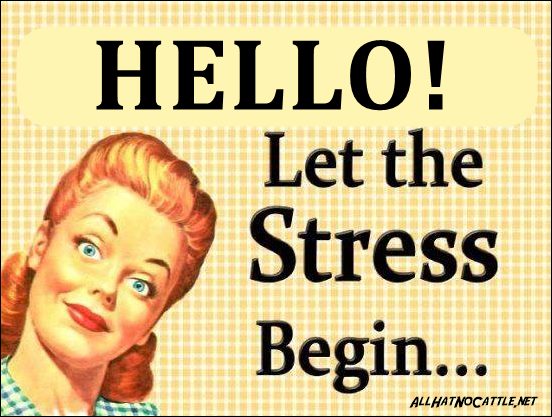 
Blake Shelton is the sexiest man alive
McDonald's is our top restaurant
A reality TV performer is our president
the aliens will never come down & give us warp drive. - John Fugelsang 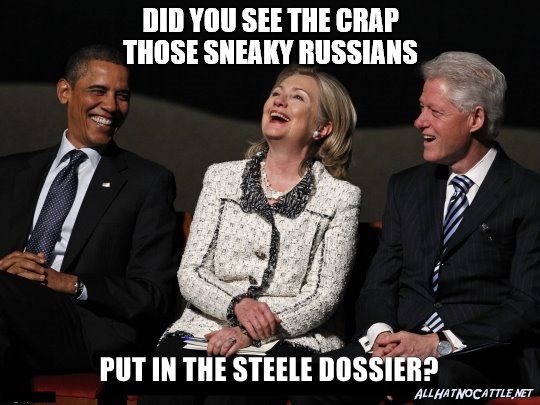 The Torture Continues
The Senate on Tuesday narrowly confirmed Steven Bradbury to join the Department of Transportation, with two Republicans voting with Democrats in opposition over Bradbury's authorship of so-called torture memos during the George W. Bush administration. 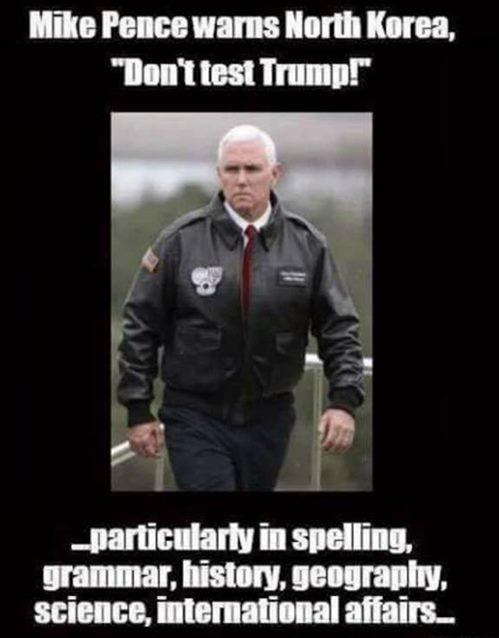 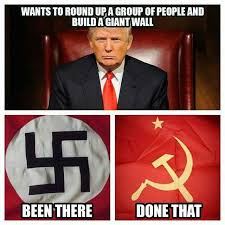 If Shepherd Smith gets fired, I think he'll be the first male Fox News employee not terminated for sexual harassment. - Erik Bransteen 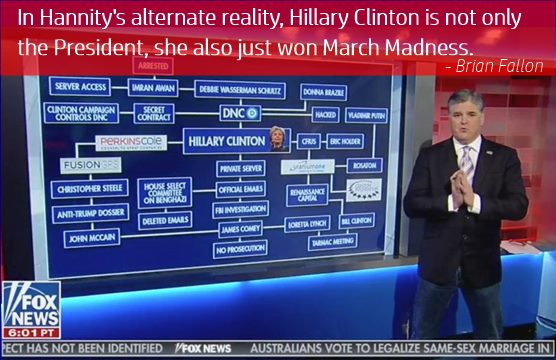 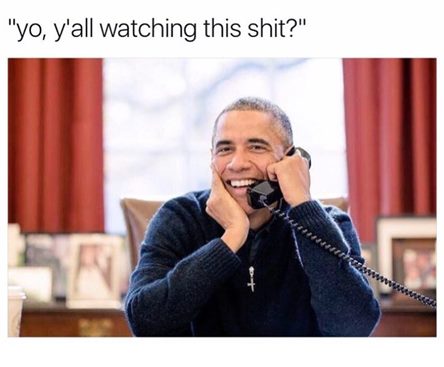 Follow the Digital Breadcrumbs Left By Russia
On Aug. 3 of last year, just as the US presidential election was entering its final, heated phase, the Russian foreign ministry sent nearly $30,000 to its embassy in Washington. The wire transfer, which came from a Kremlin-backed Russian bank, landed in one of the embassy’s Citibank accounts and contained a remarkable memo line: “to finance election campaign of 2016.”
That wire transfer is one of more than 60 now being scrutinized by the FBI and other federal agencies investigating Russian involvement in the US election. The transactions, which moved through Citibank accounts and totaled more than $380,000...


Roy Moore’s wife says he is a ‘Godly’ man… he just has to learn to keep his psalms off high school girls. - Chelsea Handler 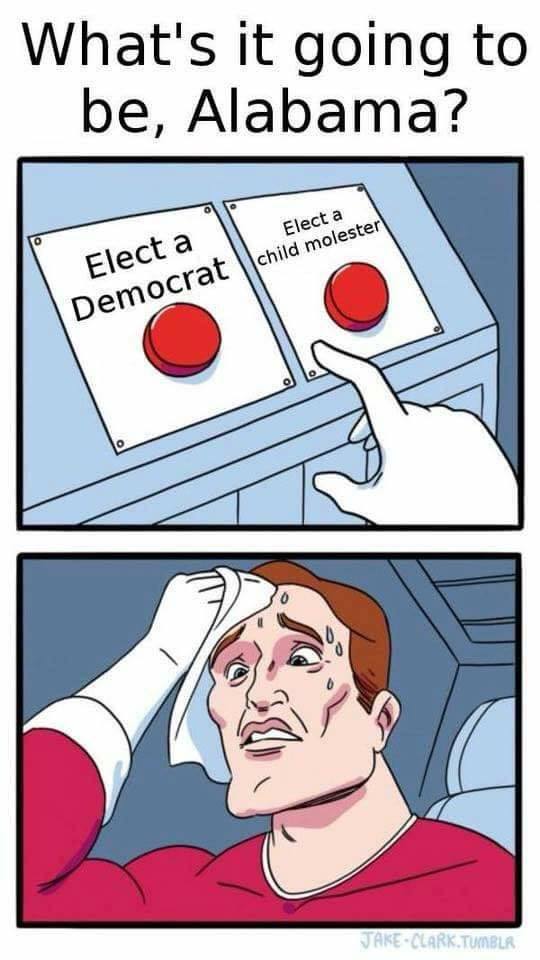 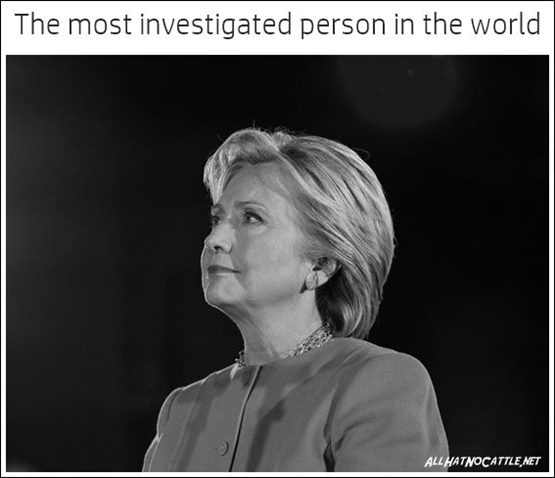 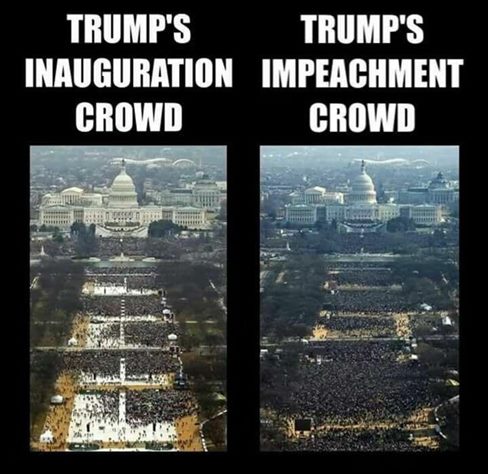 Jeff Sessions testified again as part of the Russia investigation. And at one point, he was questioned about his stance on marijuana. You know, cuz it’s a little odd when a guy’s anti-weed, but seems to “forget” every conversation he’s ever had.- Jimmy Fallon

Jeff Sessions testified about the Trump campaign and Russia providing some much-needed details about things he remembers nothing about. - Stephen Colbert 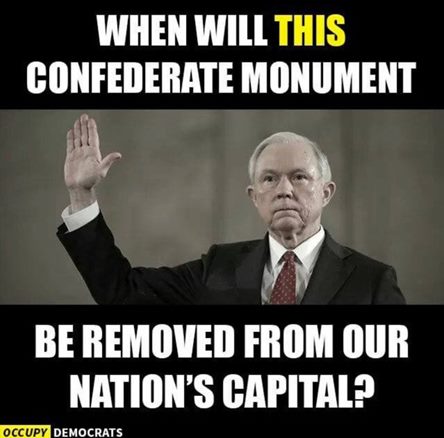 Having to pay slightly higher taxes because you're so damn rich is pretty much a sign you've already won. - John Fugelsang 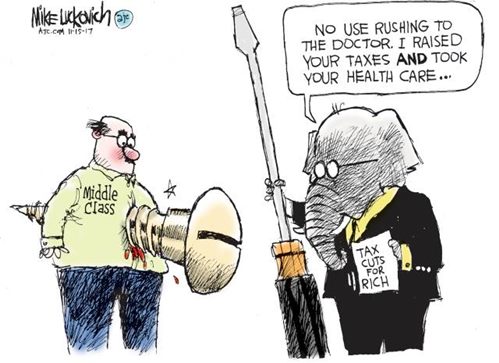 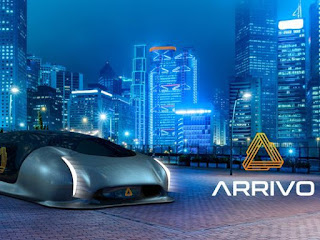 Denver Has Marijuana And Soon-To-Be Transportation Tubes! What A Combo!
Arrivo founder Brogan BamBrogan joined Colorado transportation officials in Denver Tuesday to announce a partnership to create a network of roadside tubes at the congested heart of the city that promises to whisk drivers and their cars to their destinations at speeds of up to 200 mph.

I'd bet Benjamin Franklin would have been really good on Twitter. - Neil deGrasse Tyson 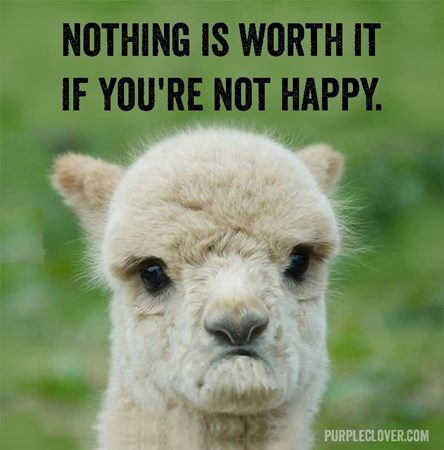 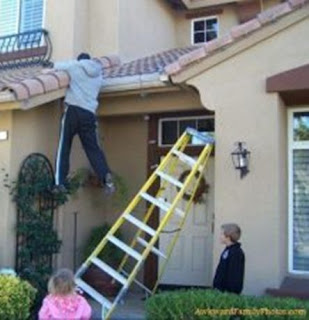